Power tools can be extremely dangerous if they are used improperly. Each year, thousands of people are injured or killed by power tool accidents. Common accidents associated with power tools include abrasions, cuts, lacerations, amputations, burns, electrocution, and broken bones.

Power tool accidents happen, even with the best intention there are always factors beyond our control, but with proper safety measures and some common sense, you can easily avoid being one of these statistics. It’s important to use safety measures with any tool but at the same time, thousands of people are injured every year, not to mention millions lost in medical costs and property damage due to accidents with power tools. 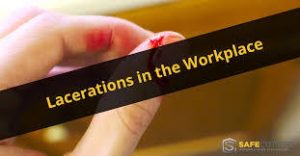 Look at anyone who works with their hands and you’ll see a selection of nicks and cuts. Cuts are a fact of life when working with tools but when using power tools these can be life-threatening if they’re bad enough. Many seasoned professionals become overconfident in their tools and abilities, choosing instead to forgo safety in favor of speed because “they know they can do it”. This is a false sense of security and will easily lead to accidents. These can also happen when trying to fix tools that are still running as moving parts can quickly rip the skin off. This also applies to punctures where a drill bit can go through a finger or a nail is driven through the hand by the poor attendance.

Always make sure tools are off an unplugged or the battery has been removed before trying to work on a tool. Respecting your tools is really important because even with regular use they are still dangerous. To prevent cuts on your hands consider wearing safety gloves to provide an extra layer between hands and the tool’s moving parts. 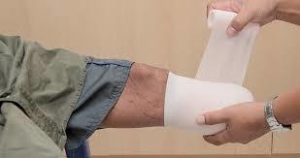 The middle and index finger are especially at risk but with larger tools, arms and legs can also be lost. Large saw blades can easily take a hand or arm when in motion. Similarly, loose clothing can get caught in moving parts and pull appendages into moving machinery. A split second of inattention or a slip in the material being cut is all it takes for that tool to slice through delicate tissue. This applies to partial amputations or avulsions as well.

Saws are the most common tool that causes amputations, avoid cutting pieces of wood that are too small and fit behind the safety guard if your tool has one (also consider buying a saw that specifically has a safety guard built in so you can’t get your hand close to the blade even if your attention slips). Take off jewelry and secure loose clothing or hair so that they can’t get pulled in by moving parts. 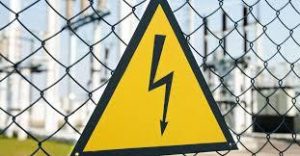 Power tools generally use batteries or electricity to generate the power needed to make them work. Electrocutions happen fairly often, and while you might brush off the little zap of power as static it could be an indication of a larger issue with the tool. During an electrocution your muscles contract which can make you hold on tightly to the item or tool that is electrocuting you. This can cause cardiac arrest and is frequently deadly. Electrocution from power tools is a lot easier to prevent because it’s usually a question of common sense and maintenance rather than overconfidence.

How to Prevent Them:

While cuts and scrapes are far more likely to happen around construction electrocutions happen. This can be avoided by using cordless tools as you’re less likely to cut through the power cable if there isn’t one. Water and electricity do not mix so avoid using electrical tools in wet conditions and keep drinks away from the work area so they can’t spill accidentally. Check cords before use and make sure you replace or insulate any that are frayed. Also, make sure you turn off tools before working on them.

According to OSHA, the largest cause of power tool electrocutions is because the power is still on when a tool is being worked on while changing parts. This goes for any extension cords your tool is plugged into as well. 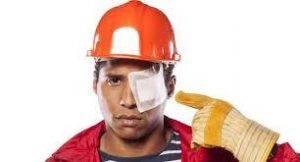 1 in 5 serious eye injuries at home is caused by power tools. Most tools create dust or have debris that flies at astonishing speeds. The eye can only protect itself as fast as it can blink, which is often not fast enough for this debris which is why protective eyewear is so important. The same can happen when contorted into positions where you are working below the area and looking up into the project at hand.

Always wear protective eye wears in the work area, this includes waiting until the dust has settled after a tool is turned off. Dust and shavings can float in the air for several minutes after turning power tools off. Avoid rubbing your hands or gloves near the eye area so that you don’t get transference of debris.

While a trip might seem like a minor accident a work area is often littered with hazards and this can mean a trip and fall is merely a precursor. That and a broken leg from falling off a ladder because the cord just won’t reach an extra inch is hardly minor. Extension cords, debris, and many other hazards are often to blame rather than the tools themselves.

The easiest way to prevent this is to keep the work area tidy. Put ladders away after use and make sure extension cables are secured to the floor and properly put away. Cordless power tools also lower the chance of tripping over a power tool. If you have other persons in the work area make sure they’re aware of the cables or hazards too. 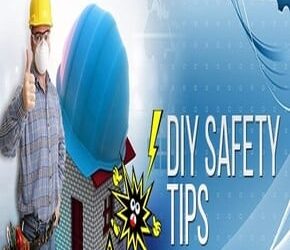 10 Essential Tips for Do It Yourself (DIY) Safety 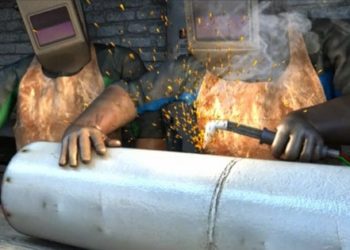 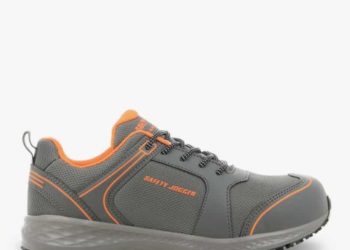 What are Safety Shoes (Series 1) 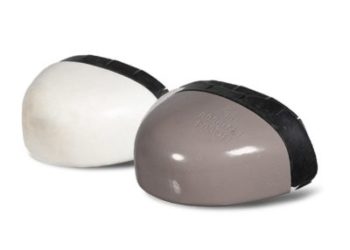 Please Note that Due to COVID-19 Pandemic, Your order may experience delays. We will however keep Updating on the status of your Orders. thank you for the patronage. Dismiss